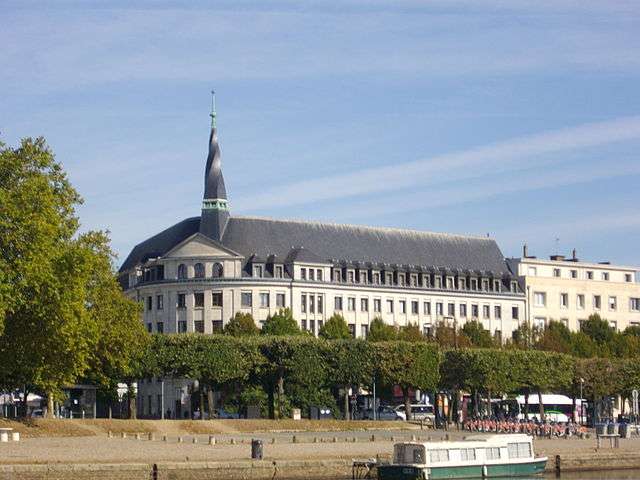 Compagnonnage, network for on-the-job transmission of knowledge and identities

Compagnonnage, a tradition based on skills transmission

This knowledge is applied within three separate communities which share most aspects of the life of the compagnonnage movement :

The originality of this movement lies in its experimentation with and implementation of extremely varied methods and processes of knowledge transmission: national and international educational travel (the “Tour de France” period), initiation rituals, school-based teaching, customary learning and technical apprenticeship. Certainly rich in traditions, the knowledge passed down from generation to generation in the compagnonnage movement is constantly redefined to adapt to technical and social developments in the professions concerned.

The importance given to the transmission of knowledge forms the cornerstone of the movement’s identity. The first duty of the compagnon is to “re-transmit”. Members are connected by a powerful “link of knowledge”. Which is reinforced by ritualistic practices (chain of alliance, initiation rites). And a social organization based on the family model and centred around the Mother. Broadly speaking, the compagnonnage movement involves almost 45,000 people, a quarter of whom form a core of permanent active members.

An ancient origin that evolved in a modern tradition

The compagnonnage movement, mainly represented by the three communities, the AOCDTF, FCMB and UCDDU, has its roots in the craft and trade brotherhoods of 13th-century Europe. The organization of the communities in their current form has gradually been established since the 17th century. Originally, the crafts in which compagnonnages are involved were only performed by men. Consequently, the compagnonnage approach, its rituals and practices, have long been imbued with the movement’s traditional male culture. However, changes in working conditions and the place that has been made for women in these trades have not been ignored by the compagnons. Who started opening the movement up to women in the 1980’s. For example, since 2005, the title of “compagnon” can be given to women who have completed their “Tour de France”.

In the compagnonnage movement was also made of successive evolutions to make sure the skills transmitted were still relevant. Indeed, in all of their areas of expertise, where compagnonnages seem to be the guardians of tradition (and who have succeeded in preserving the ancient ways of living and thinking about the trade), compagnons have always been concerned to keep in step with the times. So, for instance, ancient craft techniques such as the scribing technique are taught alongside modern techniques of computer-aided design or trigonometry. Which are also used to determine what cuts to make in the materials. 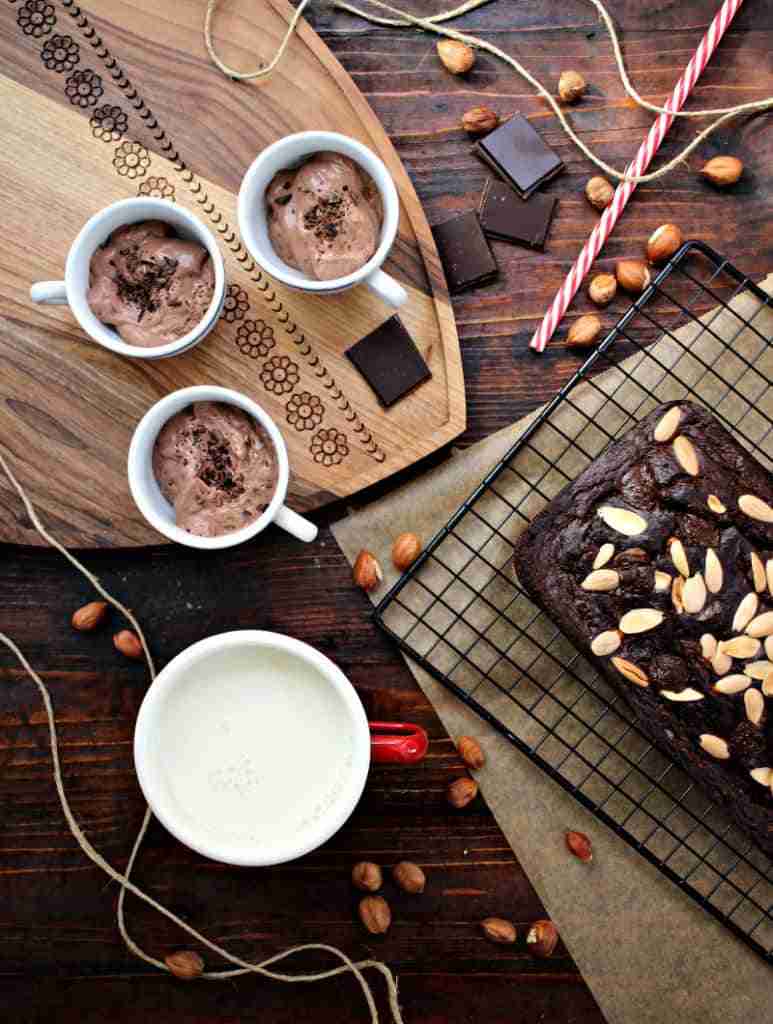 A Cultural Heritage from Bosnia and Herzegovina.

Anyone aged 16 years or over who wishes to learn and/or develop their skills in a given profession can apply to join a compagnonnage community. After a period of reciprocal observation and evaluation, new apprentices are integrated into the group and begin their training which, on average, lasts 5 years: this is the “Tour de France” period.

Apprentices regularly move from town to town (every 6 or 12 months, depending on the profession), both in France and internationally, to discover other types of knowledge and ways of passing it on. This integration process is strengthened by an initiation ritual, usually referred to as “Adoption”. Whereby the individual is given a new nickname based on his or her geographic origin (Limousin, Parisian, etc.). And also symbolic attributes such as a colour (coloured silk ribbon stamped with symbols). The individual then becomes an “Aspirant”.

After a period of itinerant training, there is a second initiation rite, “Reception”. Which gives apprentices access to the status of compagnon. Like the previous ritual, this ritual is also shrouded in secrecy to preserve its magic and effectiveness. However, it is possible to describe its basic format, which consists of assigning a “compagnon name” (adding a quality to the first nickname: Paris Sincerity, for example), issuing a new colour and the compagnon’s staff. And the unveiling of “The Rule” (which contains the history, customs and rules of the community). Depending on the trade, elements such as a symbolic journey may be incorporated into the ritual. Which can last for up to two days. Due to the secrecy and solemnity that surrounds it, after this ritual, apprentices feel solidly connected to their community. Becoming a “lifetime compagnon”, as attested by the existence of funerary rites specific to the compagnonnage movement.

2. Transmission of knowledge from generation to generation

This stage is suspended until the individual in question has proven his or her worth in the chosen trade. For that, they must perform a piece of work of a highly technical nature called the “masterwork”. Which is examined and assessed by the compagnons to determine whether or not the applicant is worthy of being “admitted”. The “masterwork” is a way of demonstrating that the transmission of knowledge has been effective. And also that the applicant is now ready to assume the role of transmitter. As one of the main duties of compagnons is to “re-transmit” what they have learnt to the younger members of the community.

A strong “link of knowledge” is forged between individuals of different generations within the communities. This link can be established through various routes. One is the transmission of the trade, either practical transmission in workshops or theoretical transmission in classrooms. Another is in the context of talks given by a senior member (an active or retired compagnon who has completed they “Tour de France”) who recounts the collective history and identity through stories (myths and legends from the compagnonnage movement, for example) and the explanation of symbols (the intertwined set square and the compass, the beehive, the Tower of Babel, and so on).

An important tradition for its members – not so much for others

The various practices that create a strong sense of identity and continuity among compagnons are supported by a social structure that allows them to grow. “People of knowledge” can prove themselves in a hierarchical system of statuses (trainee/junior member, aspirant, admitted compagnon, qualified compagnon) and roles, such as that of the person responsible for preserving customs, the Rôleur (derived from the former name of the community’s Rule, the “Rôle”) or the head of a lodge, known as the Prévôt or Premier en ville. Moreover, the links forged between individuals are further strengthened by an emotional dimension.

A compagnon lodge is seen as a family that embodies an important female figure, the Mother, established by the compagnons. The unity around this fictional character particularly comes to the fore during festivals celebrating the patron saint of the trade. Which involves the chain of alliance ritual, where the compagnons, linking arms with their arms crossed across their chests, encircle the Mother and turn around her, singing Les Fils de la Vierge, a traditional song of the movement. Finally, the existence of terms such as “civilians” or “lay people” to denote people from outside the movement clearly reflects the deep attachment that compagnons feel to their distinctive collective identity.

A tradition that only needs a little light

Compagnonnage has been selected for its qualities in the following categories highlighted by the UNESCO :

-“traditional craftsmanship”. As the compagnons consider it a duty to pass on their knowledge, particularly techniques and practices of traditional trades. Some of which have become modernized (mechanic). While others are dying out (stringed instrument maker, saddler, among others).

Compagnonnage today is not subject to a significant threat to its existence. It even seems that, over the past years, there has been a revival of interest in compagnon training. Even if communities regret the fact that more and more young people leave the system prematurely and therefore do not complete their course. However, there is a threat which puts into doubt the meaning and function of the compagnonnage. Broadly, from a cataclysmic perspective, compagnons are seen as “the last of” and old-fashioned people.

Therefore, by including the compagnonnage movement, in 2010, in the Representative List of Intangible Cultural Heritage, those interested in the Convention get a clear example of a living tradition. It contributes to spreading the crucial idea, highlighted by UNESCO, that heritage elements are also dynamic elements that are constantly updated. It is clear that this inscription helps to ensure the promotion of the compagnonnage movement. And brush away the idea held by certain ill-informed groups that it is backward-looking and obsolete.

The originality of this movement lies in its experimentation with and implementation of extremely varied methods and processes of knowledge transmission: national and international educational travel (the “Tour de France” period), initiation rituals, school-based teaching, customary learning and technical apprenticeship. Rich in traditions, the knowledge passed down from generation to generation in the compagnonnage movement is constantly redefined to adapt to technical and social developments in the professions concerned. The importance given to the transmission of knowledge forms the cornerstone of the movement’s identity.